It is important for both GP and patient to understand the risk of ototoxicity when treating cancer and its long-term implications, which may include permanent hearing loss.

Certain chemotherapy medications or radiation therapy can cause ototoxicity, which may be manifested as temporary or permanent hearing loss, depending on the type of treatment and the extent of hearing damage.

Ototoxicity resulting in sensorineural hearing loss (SNHL), refers to drug or chemical damage to the inner ear where cochlear hair cells vibrate in response to sound waves. This damage may affect vital hearing and balance information to the brain, resulting in hearing loss, tinnitus and/or loss of balance. Platinum-based chemotherapy medications, particularly cisplatin and carboplatin, are considered the primary “culprits” when it comes to ototoxicity. Other potentially ototoxic chemotherapy drugs include Bleomycin, Vincristine, Vinblastine, Bromocriptine, and Methotrexate Nitrogen mustard1.

Effects of ototoxicity in adults.

• Physical effects of hearing loss, including balance issues cause a greater likelihood of falls over time, especially in older adults. Hearing loss has also been linked to the development of certain forms of dementia and cognitive decline.

The most common ototoxic cancer treatments associated with hearing damage are platinum-based chemotherapy agents (cisplatin and carboplatin in particular) and radiation of head and neck.
Hearing loss and tinnitus are under-reported after effects of cancer treatment, especially in children.
The effects of untreated hearing loss on adults include increased potential for falls, depression and other psychological disorders; job difficulties and economic losses. In children, even mild hearing loss could result in delays in acquiring language, compromised speech comprehension, learning deficits, and psychological and social difficulties. It is crucial to involve a hearing care professional during and after cancer treatment to help monitor effect of exposure to ototoxic chemotherapy and offer treatment, rehabilitation and appropriate communication strategies.

Because of the long-term effects of hearing loss in adult survivors and the debilitating effects associated with the condition, oncologists will likely do their utmost to mitigate ototoxic exposure during treatment. When a patient experiences hearing loss as a result of cancer treatment, it is important to consider options such as hearing aids, which can help 95% of patients with hearing loss. As cancer treatments have more success and cancer patients live longer, hearing loss treatment could improve the patient’s quality of life after cancer treatment.

“Twenty years ago, many patients considered themselves lucky to survive – now medical advances mean that quality of life after treatment is also crucial.”

Effects of ototoxicity in children

Although limited statistical data is available, researchers believe the number of cancer-surviving children with hearing loss (as a result of ototoxic exposure) is significant. One landmark study of 67 patients
aged 8 to 23, undergoing chemotherapy, found 61 percent developed hearing loss after treatment – most experiencing high-frequency hearing loss (HFHL).

HFHL in children primarily affects comprehension, yet children may not realise they are not interpreting speech properly and so the condition goes underreported, and undiagnosed. Left untreated, consequences
include:

“And that can lead to development issues. A study that evaluated the educational performance and social-emotional functioning of about 1200 children with minimal hearing loss revealed that 37% failed at least one grade in school compared with the normal 3%. They also had more problems with behaviour, energy, stress and self-esteem.”

Hearing loss can be a negative after-effect of certain chemotherapy medications and radiation therapy. While treatment is ongoing, an audiologist can assist with monitoring for ototoxicity and make recommendations for early intervention where possible. As medications improve, more treatment options become available.

As well as chemotherapy and radiation treatment, there are a number of other drugs that are known to cause hearing loss.

If you or a loved one are experiencing any hearing difficulty after radiation or chemotherapy, or you have been using any of the above medications for a prolonged period of time, we recommend you contact Attune Hearing today about a diagnostic hearing test, or alternatively, speak to your GP. 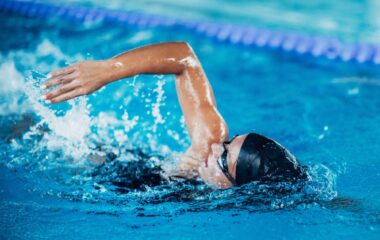 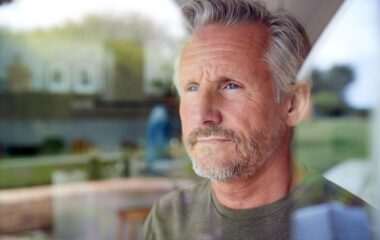